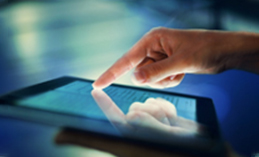 Due to continual increases in military budgets around the world and the need for new rockets and missiles to resist modern combat around the country's border, the rockets and missiles industry is likely to develop. Additionally, an increase in the number of conflicts and high defence spending are two important drivers driving the global market. Various governments, including the United States, China, India, and Russia, are investing considerably in modernising their military forces. As a result, several armament makers are refocusing their efforts on producing rockets and missiles. However, challenges with missile integration pose a threat to the rocket and missile market's growth. The performance of US weapon systems is unrivalled, giving US defence forces a tactical fighting edge over any foe in any weather. The US Department of Defense (DoD) has requested USD 247.3 billion in acquisition funding for Fiscal Year (FY) 2020, which includes funding from the Base budget and the Overseas Contingency Operations (OCO) fund, totaling USD 143.1 billion for procurement and USD 104.3 billion for development, research, evaluation, and test (RDT&E). The funding requested in the budget request provides a balanced portfolio approach to achieving the National Defense Strategy's military force objective. The budget for USD 247.3 billion includes USD 83.9 billion for Major Defense Procurement Programs (MDAPs), which are large-scale acquisition programmers.

exceed the cost ceiling set by the Under Secretary of Defense for Acquisition and Sustainment Approximately the last five years, the Missile Defense Agency reports a rise of over 1,200 more ballistic missiles. Outside of the United States, the North Atlantic Treaty Organization, Russia, and China, the total number of ballistic missiles has climbed to about 5,900. Hundreds of missile launchers and launchers are currently within range of deployed US soldiers. As a result, the market for rockets and missiles is being driven by governments' increasing demand for military programmers to guard against numerous threats.

Import-export control regimes, exchange restrictions, the Foreign Corrupt Practices Act, and the Export Administration Act are only a few of the federal and legislative norms and regulations that state-owned defence organizations must follow. Many governments prevent munition makers from exporting their goods, limiting their ability to serve foreign clients. This makes it difficult for weapons makers to sell their products internationally.

The development of next-generation missiles with cutting-edge technology poses a significant threat to important locations and assets such as military airbases and ships. among the latest developments are high-speed cruise missiles and Nuclear-capable ballistic missiles.Various countries are developing new weaponry capable of destroying high-end air defence systems such as the MEADS, the Patriot Advanced Capability-3 (PAC-3), and the S-400. India, China, and Russia have developed hypersonic missiles that are challenging to intercept with missile defence systems. Missile developed jointly by India and Russia, The BrahMos missile,is difficult to intercept by earlier missile defence systems.

These improvements have necessitated the creation of new-generation high-speed air defence electronic warfare systems. Governments throughout the world are working on the development of stealth aircraft while also investing considerably in modern surveillance systems to counter stealth technology.

The integration of smaller precision-guided weapons is a simpler process than that of bigger ones. For example, missile integration occurs at three levels: first on the missile itself, second with the platform from which it is fired, and third with the current command and control network. The integration of diverse electronic devices, sensors, warheads, kill vehicles, propulsion systems, and other subsystems is extremely complex. The challenge rises in the case of Several Independent Re-entry Vehicle (MIRV) ballistic missiles, which contain multiple warheads assigned for multiple targets. Furthermore, if the missile is to be loaded with a nuclear payload, the integration process is extremely complex and requires professional engineers to complete the task. Integrating a missile with a launching platform provides benefits like as compatibility with a greater range of platform carriage, an unconstrained carriage envelope, safe and precise storage separation, and increased platform survivability. Checking for launch platform compatibility, limitations, firepower, survivability, missile carrying, and launch compatibility is essential.

THE IMPACT OF COVID-19

Even as the globe deals with the COVID- 19 pandemic, military procurement, maintenance, and manufacture in practically every country continues, because national safety is paramount and protecting soldiers is a top priority.

Defense spenders such as the United States and Russia commit around 4% of their GDP to defence, which is a significant sum. But, for the time being, all army movement, missions, and drills have been halted.

Cessation or reduction of military exercises would diminish engagement time, informal testing, and equipment assessment, as well as the latent rocket and missile market development potential.

Supply-side shocks are among the most visible effects of the pandemic's ramifications on the defence sector. Businesses based in virus-stricken nations or those depending on supply chain operations situated in impacted countries are the direct victims of the epidemic.

Surface-to-Surface: This segment held the biggest market share in 2019 and is predicted to grow at a steady CAGR throughout the forecast period.

conventional weapons such as Surface-to-surface missiles and rockets, and as such, they are generally utilised by military forces.

Air-to-Surface: During the review period, this category is predicted to have the greatest CAGR. The growing usage of guided missiles launched by fighter planes and helicopters is likely to boost expansion in this market.

Surface-to-Air: In 2022, this sector held the second-largest market share. This is due to the increased usage of surface-to-air missiles to eliminate enemy aircraft.

Solid Propulsion: In 2019, this sector dominated the rocket and missile market. This is because solid-state propulsion systems are widely used in rockets.

Hybrid propulsion: is predicted to grow at the fastest rate during the forecast period. This is owing to a rise in demand for hybrid propulsion systems for intercontinental ballistic missiles.

Turbojet: During the projected period of 2022 to 2028, the segment is expected to increase steadily. In missiles, turbojet propulsion methods are commonly employed.

The surface-to-surface launch mode is expected to account for the greatest percentage of the rockets and missiles market in 2022.

From 2022 to 2028, the North American market is expected to contribute the most. During the forecast period, North America is expected to have the highest regional share of the rockets and missiles market. Northrop Grumman Corporation, Lockheed Martin, Raytheon Technologies, and General Dynamics Corporation are all headquartered in the United States. These players are constantly investing in the research and development of new and innovative technology employed in the missile defence system.

The Rockets and missiles market is dominated by a few globally established players such as Northrop Grumman Corporation, Lockheed Martin Corporation, BAE Systems, and Thales Group.

Rockets and missiles market, By Speed

Rockets and missiles market, By Product From 2022 to 2028, the North American market is expected to contribute the most. During the forecast period, North America is expected to hold the highest geographic share of the ROCKETS AND MISSILES market. Northrop Grumman Corporation, Lockheed Martin, Raytheon Technologies, and General Dynamics Corporation are all headquartered in the United States. These players are constantly investing in the research and development of new and improved technology utilised in missile defence systems.

Is the research methodology used in this study covered in this report?

What CAGR is the Rockets and missiles Market expected to grow at during the forecast period? Of 2022-2028.

What are the Restraining factors in the Rockets and missiles Market?

What is the dominant segment in this Rockets and missiles Market?

With a market share of 62 percent and a revenue of 38.33 billion, the missile segment dominated the market.

What are the primary drivers of the Rockets and missiles Market?

8.  Rockets and missiles market, By Speed

9.  Rockets and missiles market, By Product

An accurate research report requires proper strategizing as well as implementation. There are multiple factors involved in the completion of a good and accurate research report and selecting the best methodology to complete the research is the toughest part. Since the research reports, we provide play a crucial role in any company’s decision-making process, therefore we at SNS Insider always believe that we should choose the best method which gives us results closer to reality. This allows us to reach a stage wherein we can provide our clients best and most accurate investment to output ratio.

Each report that we prepare takes a timeframe of 350-400 business hours for production. Starting from the selection of titles through a couple of in-depth brainstorming sessions to the final QC process before uploading our titles on our website we dedicate around 350 working hours. The titles are selected based on their current market cap and the foreseen CAGR and growth.

Secondary Research or Desk Research as the name suggests is a research process wherein, we collect data through readily available information. In this process, we use various paid and unpaid databases to which our team has access and gather data through the same. This includes examining listed companies’ annual reports, Journals, SEC filling, etc. Apart from this, our team has access to various associations across the globe across different industries. Lastly, we have exchange relationships with various universities as well as individual libraries. When we talk about primary research, it is a type of study in which the researchers collect relevant data samples directly, rather than relying on previously collected data.  This type of research is focused on gaining content-specific facts that can be sued to solve specific problems. Since the collected data is fresh and first-hand therefore it makes the study more accurate and genuine.

We at SNS Insider have divided Primary Research into 2 parts.

Part 1 wherein we interview the KOLs of major players as well as the upcoming ones across various geographic regions. This allows us to have their view over the market scenario and acts as an important tool to come closer to accurate market numbers. As many as 45 paid and unpaid primary interviews are taken from both the demand and supply sides of the industry to make sure we land an accurate judgment and analysis of the market.

This step involves the triangulation of data wherein our team analyses the interview transcripts, online survey responses, and observation of on-field participants. The below-mentioned chart should give a better understanding of part 1 of the primary interview.

Consultants are those set of people who have at least 12 years of experience and expertise within the industry whereas Subject Matter Experts are those with at least 15 years of experience behind their back within the same space. The data with the help of two main processes i.e., FGDs (Focused Group Discussions) and IDs (Individual Discussions). This gives us a 3rd party nonbiased primary view of the market scenario making it a more dependable one while collation of the data pointers. After all the data collection and validation our team does a final level of quality check and quality assurance to get rid of any unwanted or undesired mistakes. This might include but is not limited to getting rid of the many typos, duplication of numbers, or missing any important information. The people involved in this process include technical content writers, research heads, and graphics people. Once this process is completed the title gets uploaded on our platform for our clients to read it.

This is the last process and comes when the client has ordered the study. In this process a final QA/QC is done before the study is emailed to the client. Since we believe in giving our clients a good experience of our research studies, therefore, to make sure that we do not lack at our end in any way humanly possible we do a final round of quality check and then dispatch the study to the client.